YOUR RECOVERY IS MY PRIORITY Schedule Your Free Consultation

AUTO ACCIDENT: WHAT YOU NEED TO KNOW ABOUT STATUTE OF LIMITATIONS

Getting into an auto accident can be quite a harrowing ordeal for everyone involved. It’s one of those things that forces your life to grind to a halt for a period of time, even in situations where you come out of the accident relatively unscathed. When the accident is really bad, it can upend your life in multiple ways. Regardless of the severity of an accident, however, you need to keep in mind that any legal action that you decide to take has a clock on it. That’s because, like most things in the legal world, auto accidents have a statute of limitations. The statute of limitations is the law that says how long a person has to file a lawsuit against the defendant(s).

Different from Other Personal Injury Claims 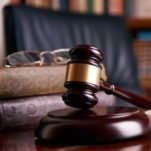 In Colorado, the statute of limitations for most bodily injury claims, like a slip and fall or dog bite, is two years following the accident. But, in Colorado, lawmakers lengthened the deadline to three years for covers auto accidents. This includes lawsuits for auto accidents causing personal injury, damage to a person’s vehicle, or both. As for when the clock starts ticking, lawsuits for auto accidents must generally be made three years from the date of the accident.

Even though there is a separate statute of limitations for injuries and damage resulting from auto accidents, a wrongful death that stems from such an accident does not fall under the three-year deadline for filing a lawsuit. Instead, wrongful death claims are covered under a different statute of limitations, which requires any lawsuit to be filed within two years from the date of death.

Many people involved in an auto accident make the mistake of confusing the filing of a lawsuit with the reporting of a claim to an auto insurance carrier. Just because you have made a claim against the other driver’s auto insurance does not relieve you of the deadline to file a lawsuit against the other driver within three years from the date of the accident. The other driver’s insurance company will be happy to string you along and delay any meaningful negotiations to resolve your case if they think there’s a chance that you are not going to file a lawsuit in time.

Filing After the Statute of Limitations Has Passed

You probably won’t be surprised to learn that many people have attempted to file a lawsuit concerning an auto accident after the three-year statute of limitations has passed. The problem with this is probably pretty obvious, but we’re going to say it anyway – it usually doesn’t work. If you attempt to file after the time has passed, all a person has to do is inform the judge that the statute of limitations has expired and the case will probably be dismissed. In some instances, an injured party is allowed more than three years to file a lawsuit, like when a minor is injured in an auto accident, but those exceptions to the statute of limitations are rare.

The Importance of Hiring an Attorney

Following an auto accident, it is always recommended that you hire an attorney as soon as you possibly can. Even though you have three years to file a lawsuit, the sooner you have someone who knows the law on your side, the more likely it is that you’ll get a favorable outcome. This also gives your attorney more time to collect evidence and negotiate a settlement — maybe even before a lawsuit has to be filed. If you wait until the last minute, then you will lose out on the benefits that come from having an attorney who is an expert in personal injury law advise you every stop of the way.